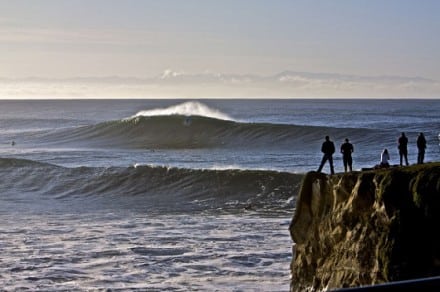 If there was one perfect surf town in all of California, maybe even all of the United States, Santa Cruz easily takes the prize. Situated on the northern end of the Central Californian region, Santa Cruz is an absolute wave magnet that has been drawing the adventurous for decades. There may not only be one solution to finding good waves but you can bet a Santa Cruz surf trip is just what the doctor ordered.

While the winter for this particular region gets absolutely hammered by the relentless northwest swells and wind coming all the way down from the Aleutian Islands, Santa Cruz conveniently faces south which works ideally with the winds yet still catches plenty of swell.

Conveniently located just a short from both the San Jose and San Francisco airports for those who plan to visit from out of town during a Santa Cruz surf trip. If you cannot wait to get into the water, there are an endless number of spots for everyone from your first lesson to Kelly Slater. Cowells, the most well-known and accessible spot for beginners is an excellent choice for those looking for a mellow, easy-going break. For the more experienced surfers, spots from Waddell Creek all the way through to the Harbor offer up a variety and quality of waves that easily surpasses the rest of the Californian coastline.

Where It All Started

Santa Cruz is just as known for its surf heritage as it is for its overall quality in waves. All surfers have to give credit to the original pioneer in wetsuit and leash technology, Jack Oniell, who calls Santa Cruz home and the original testing grounds. The winter gets extremely frigid and thanks to Oniell, surfers have since been able to spend more time all year round in the water exploring new breaks and staying out longer in the colder temperatures. Historically speaking, if you walk past the main point at Steamer Lane, you will find yourself face to face with the famous Santa Cruz Surfing Museum. Inside the renovated lighthouse you will find a detailed recount of the surf-culturally rich town along with the biographies of many of the earliest influencers.

While there is an overwhelming abundance of world-class surf spots in the Santa Cruz, the proximity of this small surfing village to other internationally renowned breaks is another reason why it draws so many experienced surfers. For the more curious, Big Sur and Monterey offer up plenty of quality waves, though the beaches are going to be much less accessible due to the lack of access points and the overall ruggedness of the coastline. One of the most notoriously frightening, albeit perfect, is Mavericks. This particular break has quickly become the most sought after big wave spot in the United States. There is no other wave on the entire coastline that can match the sheer perfection and intensity that Mavericks dishes out each winter. 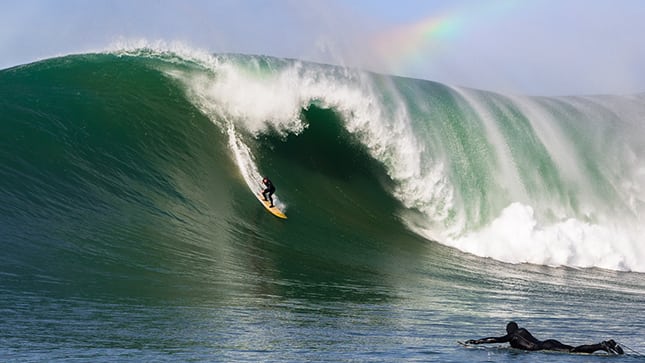 Ocean Beach is another internationally known beach break just within an hour’s drive to Santa Cruz. This powerhouse of a wave magnet will challenge even the most skilled and fit surfers. When the main peaks are breaking at double-overhead, you can very possibly find the barrel of a lifetime during your Santa Cruz surf trip. While the power alone may keep the tentative away, the sharks will scare off the rest of the uncommitted. But for the brave, Ocean Beach is very likely the best beach break on the entire west coast. 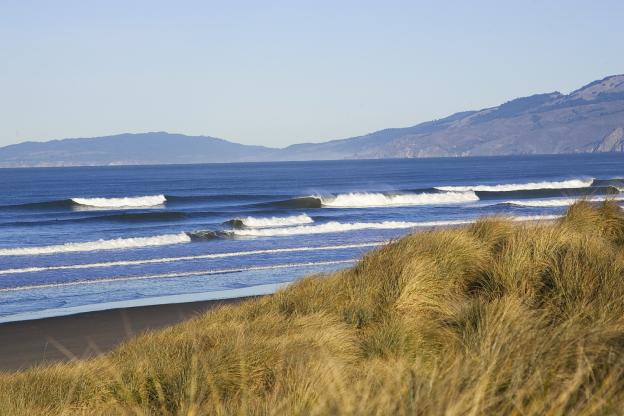 If you haven’t already booked a ticket or planned a Santa Cruz surf trip by now, I’m not sure what you are waiting for. The consistency and quality of surf in the immediate area make a surf trip entirely worthwhile and if you are really feeling adventurous, there are more than enough breaks within an hour of driving to satisfy any particular craving. Those who may not be as into the surfing will still certainly enjoy the picturesque coastline that the central coast boasts, exceptional camping in the nearby national parks and plenty of Golden State vibes to guarantee that every visitor glad that they took the trip.